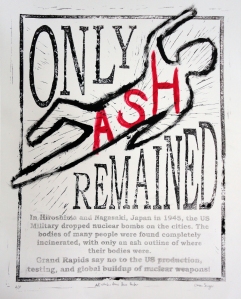 This past semester, art students in Brett Colley’s class on printmaking, invited me to come talk about the Grand Rapids People’s History Project. The intent of the class was to have students investigate their own part of a People’s History of Grand Rapids and then make a print based upon an individual, social movement or a particular moment in history.

What we will be sharing from here on out over the next several weeks, are the result of what these students created, based on their own investigation or based on previous posting from the Grand Rapids People’s History Project. We are excited to have these newly created visuals to compliment the rich history of social movements from the resistance to white settler colonialism all the way up to the present.

The sixth print we feature is from Linnea Songer. Songer’s print was inspired by an article posted from August 2014 on the Grand Rapids People’s History site about an anti-nuclear action that took place in downtown Grand Rapids in 1985 to commemorate the anniversary of the US bombing of Hiroshima. The action, depicted in the print, demonstrated that many of those at Ground-Zero in Hiroshima only had the outline of their bodies left, since people were incinerated. 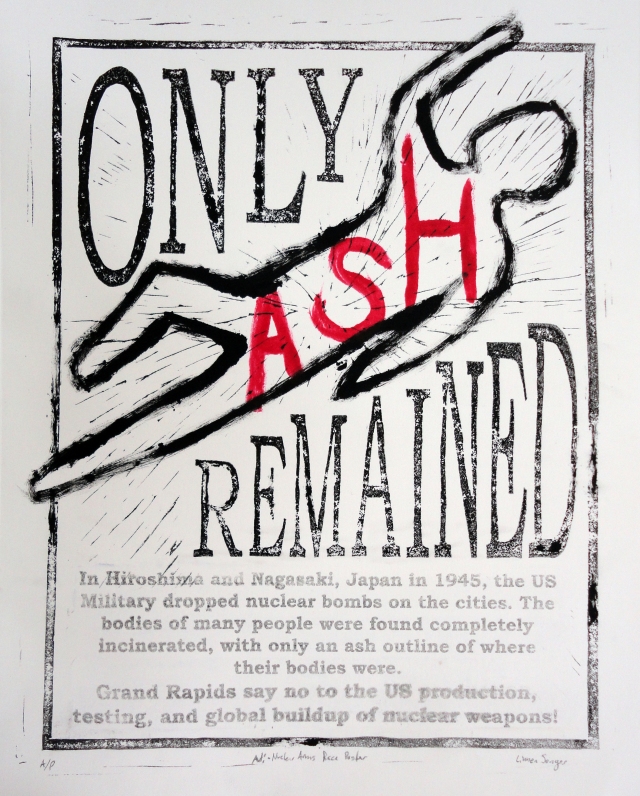