This interview was conducted by one of the co-editor’s of the independent newspaper in Grand Rapids during the 1990s, The Fundamentalist.

The interview, published in its entirety, was part of an issue of the independent newspaper that was completely devoted to indigenous issues, around the 5ooth anniversary of the European colonization of what are now referred to as the Americas.

The Native American Education Program in the Grand Rapids Public Schools, which is discussed in this interview, lost most of its funding but still exists to this day. 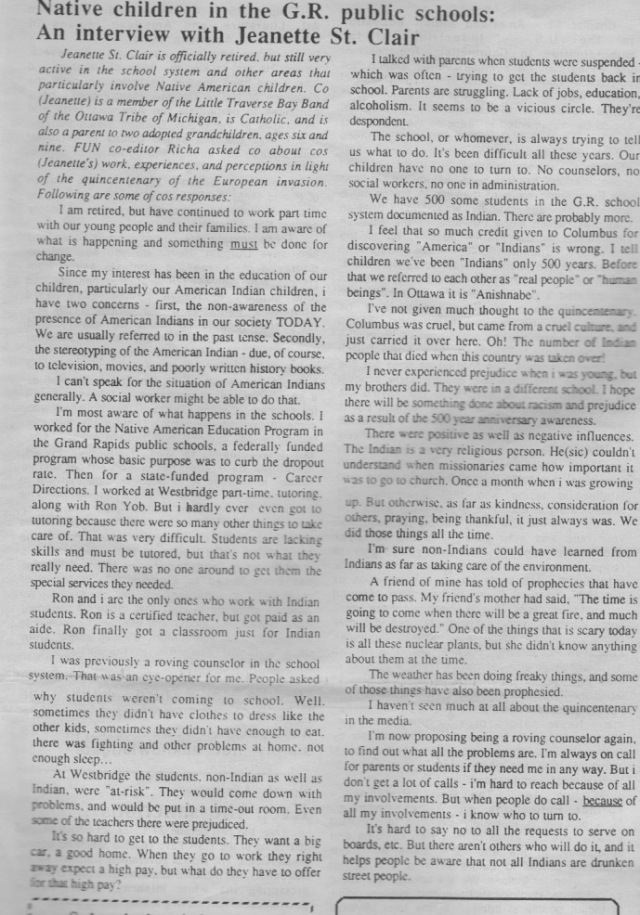 This entry was posted in Indigenous Resistance and tagged Anishinaabe education in Grand Rapids, interview with Jeanette St. Clair, Native American Education Program in the GRPS. Bookmark the permalink.