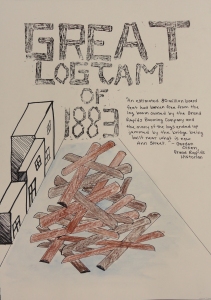 The following print is from Katie Spence, which depicts one of the consequences of logging that was tied to the furniture industry in Grand Rapids in the late 19th and early 20th centuries.

The quote on the print is from former City Historian Gordon Olsen, from his book A Grand Rapids Sampler.

Jeffrey Kleiman, in his book on the 1911 Furniture Workers strike in Grand Rapids, entitled Strike!, cites Mayor Ellis who was frustrated by the wealthy developers who were buying up property along the Grand River.

“Encroachment of the river channel by factory owners, carelessly at best and unlawfully at worst, was only the most visible sign of the power of the special interests, according to Ellis. “The rich men have stolen property on both sides of the river,” he argued, making the channel too narrow, so that flooding could occur any time. “The men who have stolen this land should give it back to the city.” 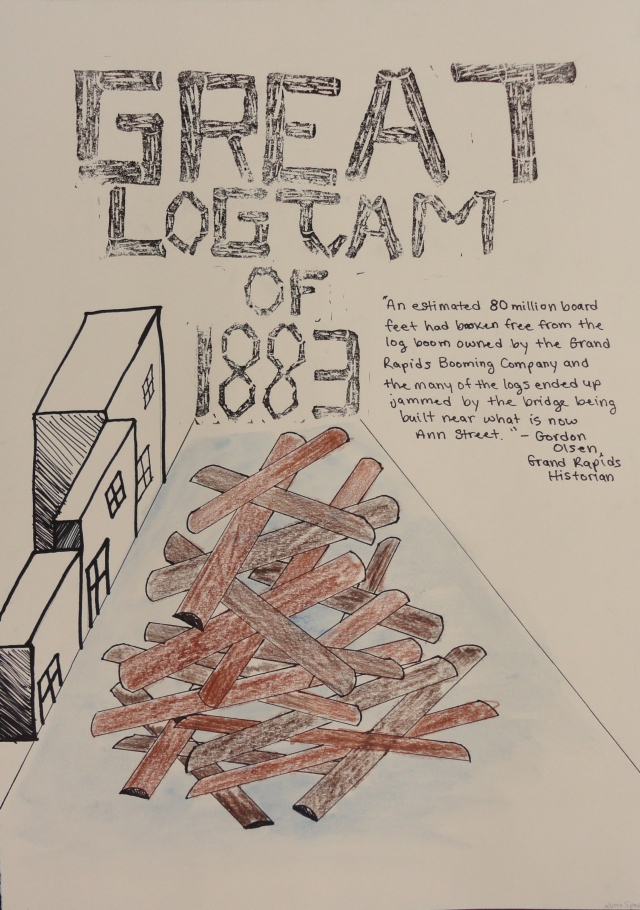