GVSU student Bailey Becksvoort has created a wonderful print that reflects the power of the immigrant justice movement in Grand Rapids.

The print, depicts immigrants with signs in Spanish that say, Families Deserve to be United! The text that accompanies the images in this print, provide some background on the Immigrant Justice Movement.

The beginning of the immigrant justice movement began in 2005, as a response to proposed legislation that would have criminalized immigration. The response from the immigrant community mobilized millions throughout the US, resulting in large marches across the country to the theme of Un Dia Sin Immigrantes – A Day Without Immigrants.

The immigrant justice movement that began in 2005, has continued through 2019. However, the first half of this movement put too much faith in the electoral process and believed that Comprehensive Immigration Reform would happen during the Obama administration, but never manifested. This part of the movement is covered in The Immigrant Justice Movement in Grand Rapids Part I.

The current immigrant justice movement has not only been led by immigrants, it has focused on building a powerful movement that has been demonstrating the economic power that immigrants have, using boycotts and strikes as powerful weapons to win their demands. This part of the struggle, which brings us through mid-2019, has been documented in The Immigrant Justice Movement in Grand Rapids Part II. 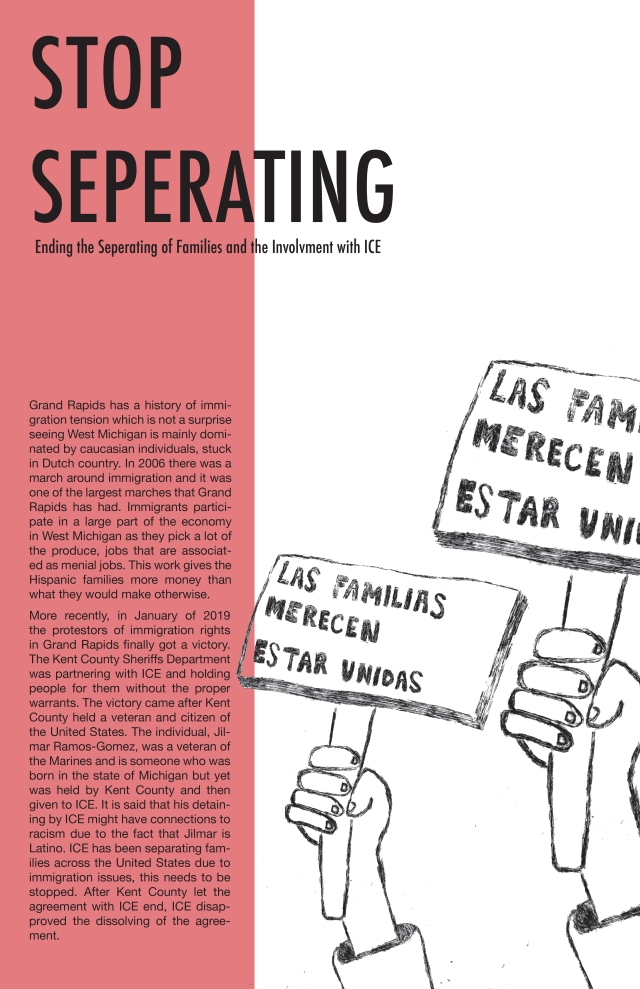