We would like to thank the staff at the Grand Rapids Public Library in their History and Special Collections sections for assisting us in find the documents needed for this post. 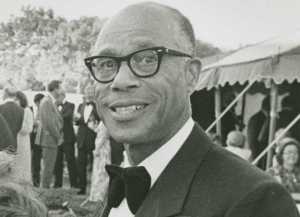 Three weeks ago we posted an article about a 1940 survey done by the Grand Rapids Urban League on the state of African Americans.

The 1940 Urban League study looked a several major indicators on the quality of life for African Americans in Grand Rapids, such as jobs, health, education and housing. We came across another study conducted in 1947, also by the Grand Rapids Urban League, a study that was led by one of the leaders of the black community, Paul I. Phillips. (pictured here)

The study made some comparisons between white and black housing dynamics. White had a higher rate of home ownership, while black families had more people living in homes or apartments than their white counterparts. There is a difference in the condition of the homes, the size of the dwellings and the cost of rent for those who were not homeowners, as you can see from the chart below. 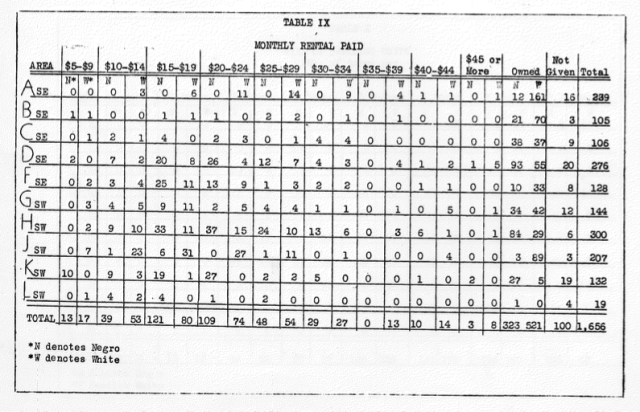 The 1947 study by the Grand Rapids Urban League provides important context for post-WWII housing issues along racial lines that can inform us about contemporary housing issues that the black community is facing.

The summary of the study states:

Of the majority of houses, the general physical conditions are good, but there is a potential threat of slum development in several areas.

And let it be remembered that overcrowding in living conditions tends to affect the health and the cultural and moral development of the family.

One additional part from the study included comments from both white and black residents in Grand Rapids. The questions asked had to do with race relations, employment and housing. The responses are instructive and you can read them all at end of the study, by going to this link.

Here are two examples, the first from a white person and the second from a black person.