A new print from GVSU student Michaela West celebrates the fact that Grand Rapids had a formal sanctuary for Central Americans who were fleeing US-backed death squad violence in the 1980s.

The Grand Rapids People’s History Project has several postings about the Central American Sanctuary Movement in the 1980’s. The first post provides an overview of the group that provided Sanctuary, the Koinonia House, which was a community house similar to a Catholic Worker House.

The third post takes a look at the larger community support that the Koinonia House had when offering sanctuary, which includes several dozen letters of support they received from organizations, families and individuals who supporter their efforts. 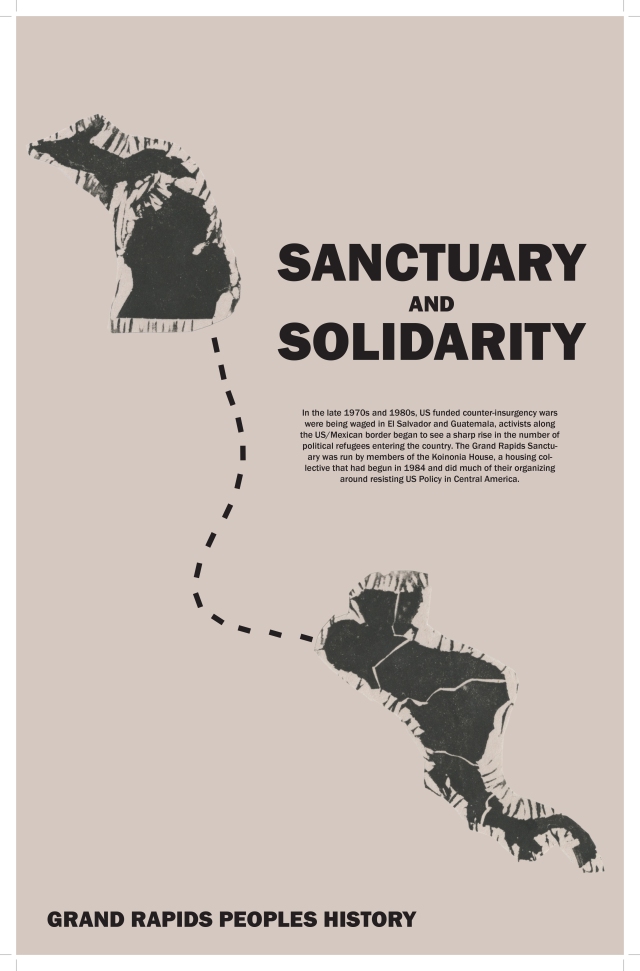